On the Weekend of the 18th of May 2014 an elite band of Watermen and Women came together and did something very special… they paddled, against the clock from the Isles of Scilly to Sennen on the mainland UK. For the first time Ocean Ski’s raced alongside SUP’s and paddleboards to see if The Celtic Crossing could become Europe’s Longest Open Ocean paddle race…. this is the story of the event from the pens of those involved.

After weeks of logistical highs and lows, the event got real on Friday the 16th as the athlete’s all converged on Carbis Bay Beach, St Ives. Most of them meeting for the first time. The mind-set required to compete in events like this gives these elite athletes a unique understanding of each other, making the required fine tuning of paddles and skies a military operation. They are putting their lives into these craft, everything has to be perfect…

Kit tuned and the obligatory team photo call done, the fun began… forgetting the fact that they have a 50km paddle in a little more than 24 hours, everyone needed to stretch their sea legs and got on with their first shake down paddle.

It was a quick outing; the serious business of event briefing needed some attention– the Carbis Bay Hotel, sitting majestically over the beach, had further extended their support by providing the briefing venue and everyone debunked into the conference room. 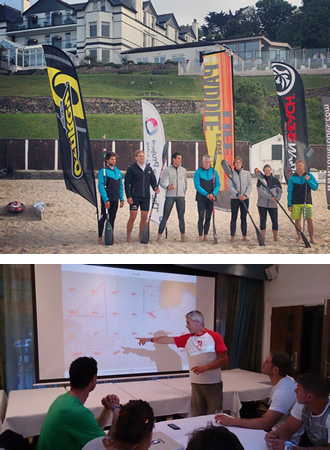 Saturday, a glorious sun kissed day, began with a dawn paddle before the skis and support rib had to be loaded and tied onto the Dolly P, kindly donated and skippered by St Ives’ Boats Mike Laity. Then Mark Slater, Vincent Naert, Lewis Kirton, Steve (Lewis’ dad) and the Dolly P Crew… headed West into the sunset to view the Celtic Sea from the Scilly Isles side for the first time.

Falmouth dock at 7.30… well 8am but who’s counting? That was the first goal of the day and unfortunately the half hour lost was to prove painful for some later in the day.

The 50ft Sunseaker SULIS generously provided by The Carbis Bay Hotel sat dockside, the skipper looking on as box’s, boards, heli-drone’s, camera crews and Glenn Eldridge, our raison d’être, ushered a buzzing group of athlete’s onboard. Knowing what lay ahead the luxury of the SULIS had become the metaphorical last meal of condemned men… and women!!

Tom Butler, Tarryn Brown, Chloe Bunnett and Glenn, did indeed make the most of the facilities available onboard. Tom taking over the guest room discovered he is better in the water rather than on it! Glenn, the girls and the skipper set to with the Sulis’ advanced navigation equipment plotting tides, currents and checking the day’s weather forecast looking for the best path through the Celtic Sea. That’s the problem with open ocean crossing you’re are completely at the mercy of Mother Nature, you can plan and plan but on the day things can change, and change quickly. The fine adjustments made on the  water can be the difference between making it and not making it. 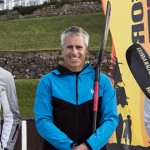 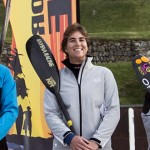 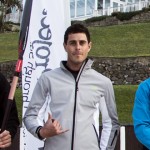 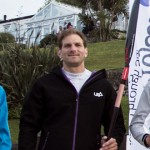 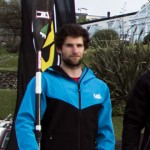 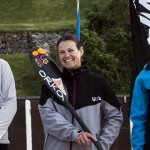 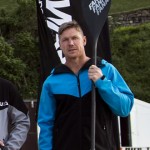 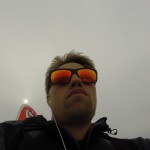 He had been eyes and ears all day, now up way passed his bed time steaming back to Falmouth, asked, “this is an adventure… isn’t it Dad?”

They had all done it – the girls, unflappable and driven. The boys focused and sure. Mark wondering if he could do it faster next time. Tom a little surprised by himself. Glenn, achieved the first step towards his dream of The Celtic Crossing… but perhaps it was summed up the best by Tom, the 11 year old son of Steven Baker from the Carbis Bay Hotel. He had been eyes and ears all day, now up way passed his bed time steaming back to Falmouth, asked, “this is an adventure… isn’t it Dad?”