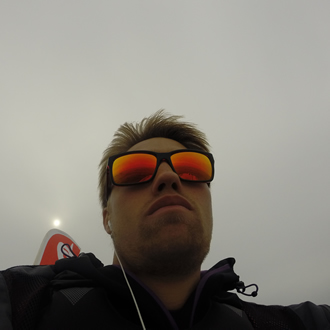 Sunday the 18th May – I was up, cat feed and at Glenn’s 6am ready to break some records.  We packed the Van up and headed to Falmouth, where we met the guys from Carbis Bay Hotel to take us over to St Mary’s in their Sunseeker – Sulis. Before we left Falmouth we had a safety briefing and on the way out to the Scilly’s we planned the return routes.  My instructions where simple, get the girls (Tarryn and Chloe) back to the Mainland. Looking at the days conditions we decided on a heading of 080°. Simple!

When we got to St Marys, the tide was on its way out, there was a little bit of moving to do as we had to get all the right kit and people to where they needed to be. Tarryn, Chloe, Dan and I stayed onboard the Sulis and watched a movie to chill-out before we set off. Tom Butler and Mark Slater were setting off as we were getting the last bits of from the boat to St Marys, and before I knew it we where off.

I was going to be on my own in the rib following the girls, so with no charts or GPS and just a Compass we set off for Sennen and a world record. Keeping the Girls around a heading of 080° we where steaming along,  keeping half an eye open for the Sulis which was with Tom and Mark. After about 45mins they came into sight, by an hour and a half we had passed them. At this point I broke off from the girls to go and have a check in with the Sulis, make sure the radio channels where working and everything was OK as they where the on water control.

Counting down the hours by having food breaks, we where flying along. Before we knew it there was no land around us and in one of the busiest shipping channels in the world. I radioed back to see how things where going. I had no sight of the other boats and by now we were too far ahead of them to get picked up on the radio. I also tried to make phone calls, but my phone had gone dead. We had a food stop about 18.30 where Tarryn told me to stop my constant radio checks because it was getting annoying! Luckily by now we could see Lands End! It was the final push to the finish; a little puffin came to say Hello, Tarryn made sure I didn’t run it over. Then we where passing the Lands End Lighthouse and into Sennen. As we were coming into the bay the wind picked up and the tide turned kicking up some sizable chop as we made our way down along the coast into Sennen.

As soon as we landed I was sent back out to pick up the camera crew, by now the rib was runningon fumes so after swapping tanks I headed back out. The swell had picked up loads by now and my little rib was fighting to get out. I found the camera guys on the Dolly P about 2miles off shore. I picked them up and sped back to Sennen to the dry land. We arrived in just as Glenn was coming through. The men’s double ski had already landed. Now with just sup and paddleboard left out I handed the rib over to Glenn, 6 hours straight navigating open sea in a 3m rib and I was shattered.

Mark was next in, after his nightmare paddle over the last couple of kms and finally Tom arrived… We were all home safe, Glenn’s dream had come true. 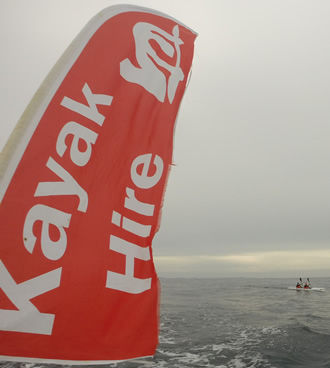